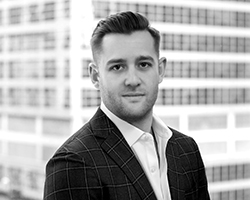 If you are a seller, the net lease space is a great industry to be in right now. Prices are rising, buyers are eager and money is circulating, ready to snap up both individual properties and portfolios. On the flip side, though, the market requires more careful steering. New entrants in the market are having difficulty sourcing transactions because it is so competitive. Did we mention that prices are rising? And while there is a huge amount of money chasing deals, those deals are finite and not necessarily fitting investors’ criteria. The experts in this space, though, are old hands at just about any scenario the market can deliver. One interesting facet of net lease is that deals get done despite where the economic cycle may be and in spite of changing fundamentals. It is the real estate industry’s de facto bread-and-butter asset class. Identifying influencers in this category, therefore, was not necessarily easy given the deep expertise that so many people have. We did it, though, selecting as we always do, those who we felt had the most impact and influence on their industry in the last year.

QUANTUM REAL ESTATE ADVISORS’ CAPITAL MARKETS TEAM The capital markets team at Quantum Real Estate Advisors Inc. is led by EVPs Zack Hilgendorf and Dan Waszak. The team is described as having a high-energy focus and an ability to find creative solutions to transactions, which has led to deep client relationships. During his eight-year career at the firm, Waszak has closed more than $1 billion in sales and Hilgendorf has achieved more than $700 million in sales since 2016. Following their individual success, the two professionals formed the capital markets team in 2018 and they have since closed more than $750 million. The professionals focus on achieving optimal value for clients by advising them in the disposition and acquisition of assets, and their client-focused approach to brokerage has earned them an extensive list of repeat clients. Prior to the pandemic, the team struck a balance between shopping centers and single-tenant net lease sales, however, during the pandemic, they transitioned to mostly single-tenant net-leased assets and also identified essential tenants and uses that would be in high demand; leading to an expanded product line that included a greater proportion of net-leased medical assets. The team is credited with helping Quantum Real Estate Advisors grow from a Midwest boutique firm to a national platform, along with assisting in designing a proprietary database that gives brokers an edge in customer service, prospecting, tracking and matching buyers, sellers and properties. Notable transactions during the past three years include deals with Walgreens, Wal-Mart, Home Depot and several large shopping centers and medical office buildings. The pair actively mentors students and new graduates pursuing careers in commercial real estate, and they also are involved in multiple philanthropic causes.